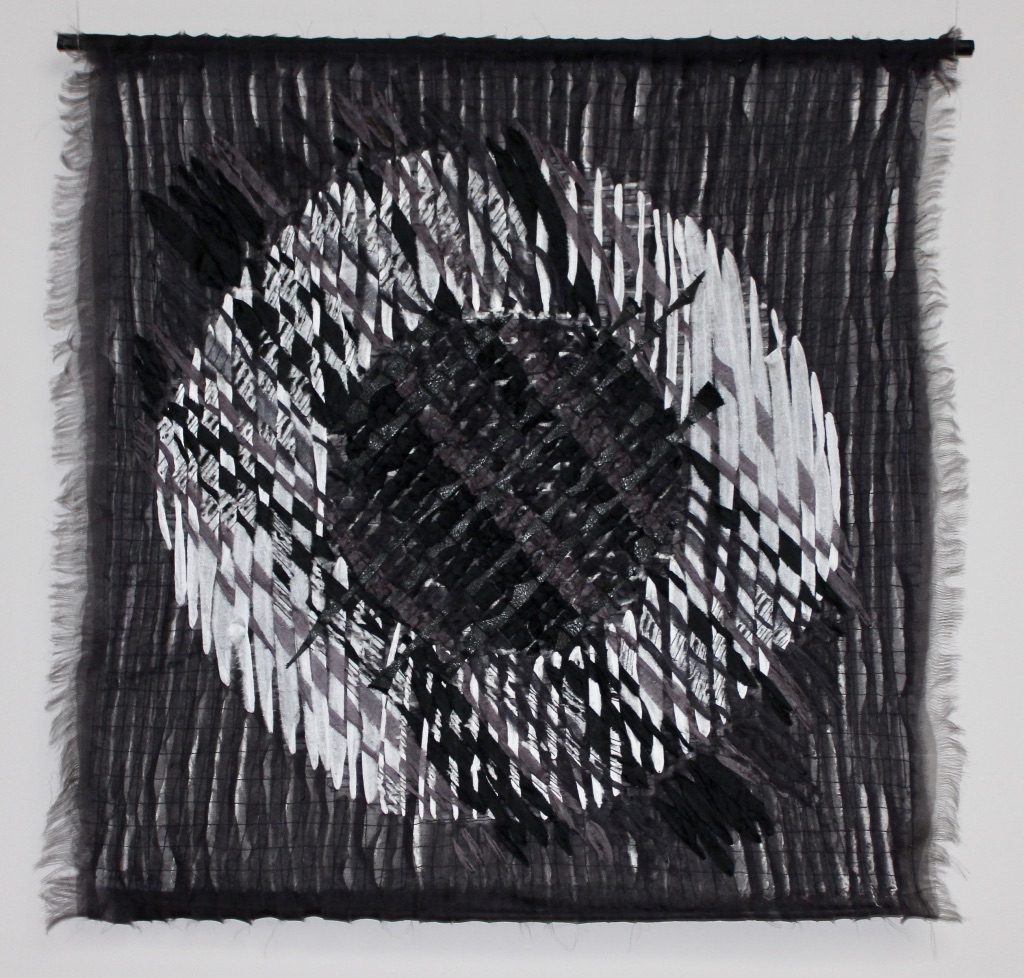 Achromatic is an unpainted painting showing at the CAA. An exhibition called “Colour Theory”. This embroidered wall hanging is a response to the theme. This is the first in a series of showcases, exhibitions and events to celebrate CAA 70th anniversary.

It was the solar eclipse of August 2017 that sparked the creative process which resulted in my wall hanging, Achromatic. The moment when day became night, when light gave way to dark, set off my thought processes in the direction of opposites.

Opposites have always attracted me and this, coupled with the solar eclipse, became the theme of this artwork. Black and white as the colour scheme. Intricate work lying loosely on the surface of the piece contrasting with broad, brush-like strokes underneath.

As I worked on this wall hanging, deeper meanings emerged. Males and females, opposite sexes, yet bound so intricately to each other. I began thinking of relationships. The coming together of two souls. The magic of a good relationship when one soul enhances another soul. Each person, by encouragement and positivity, augmenting the other, allowing them to be fully who they are.

The overlapping of the black and white silks, intertwining on the surface as a simple weave, symbolises growing together and shared understanding. The creation of mutual strength and the conjoining of yin and yang.

The piece is composed of diagonal lines creating a diamond shape. It is an intricate latticework of black and white, where white opens over black and vice versa. It is made from various weights of silk, hand-dyed blacks and greys with inclusions of black leather. 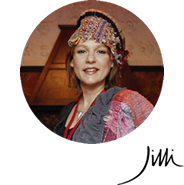