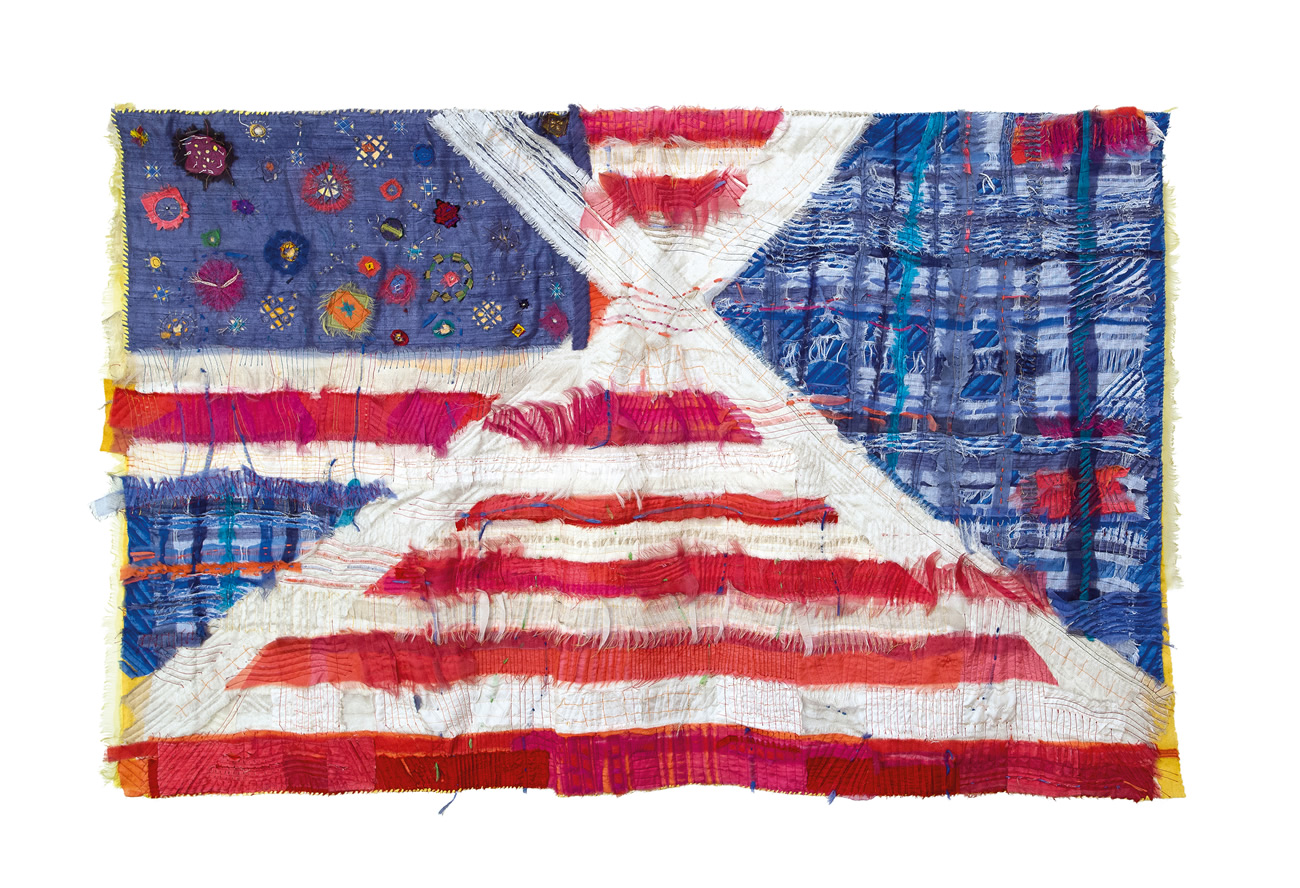 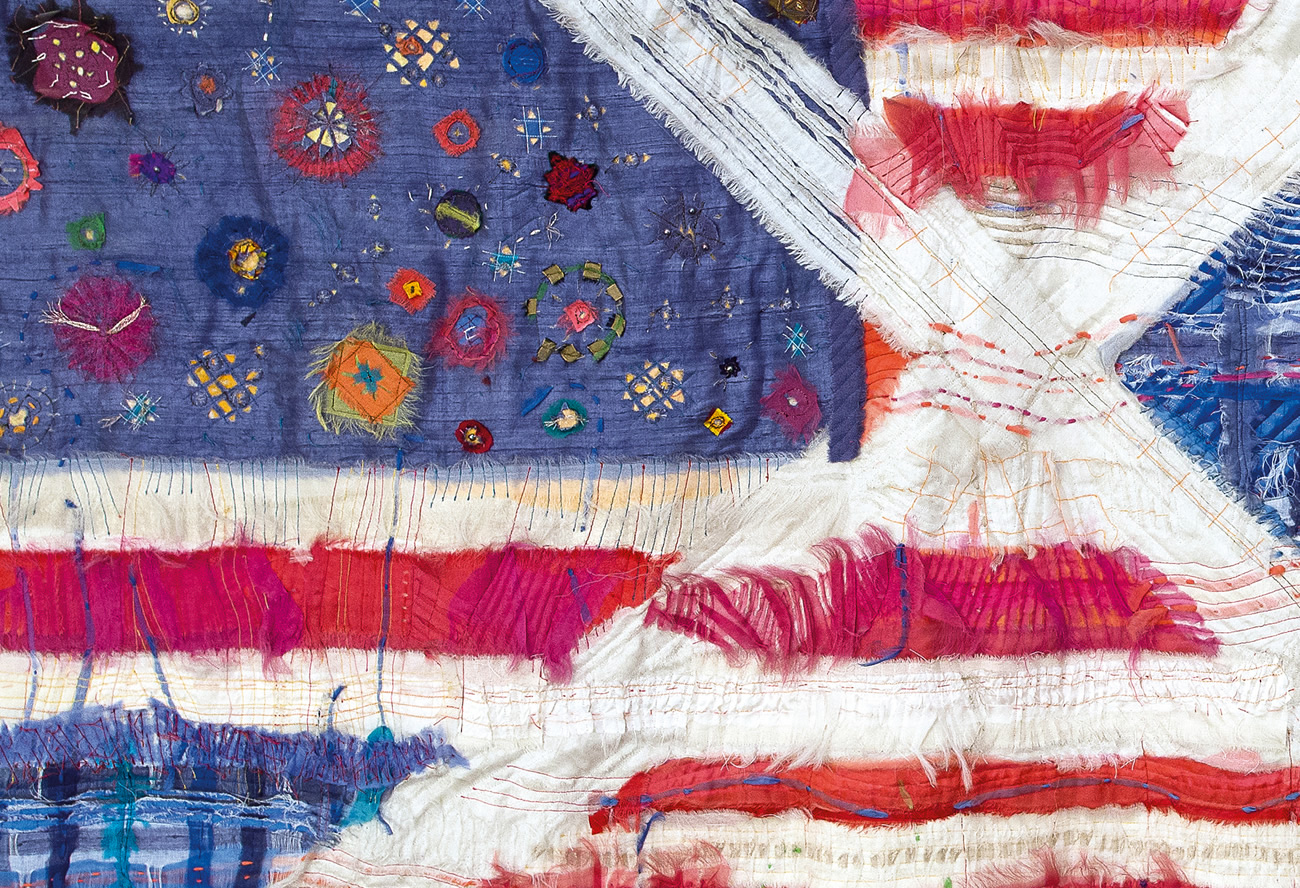 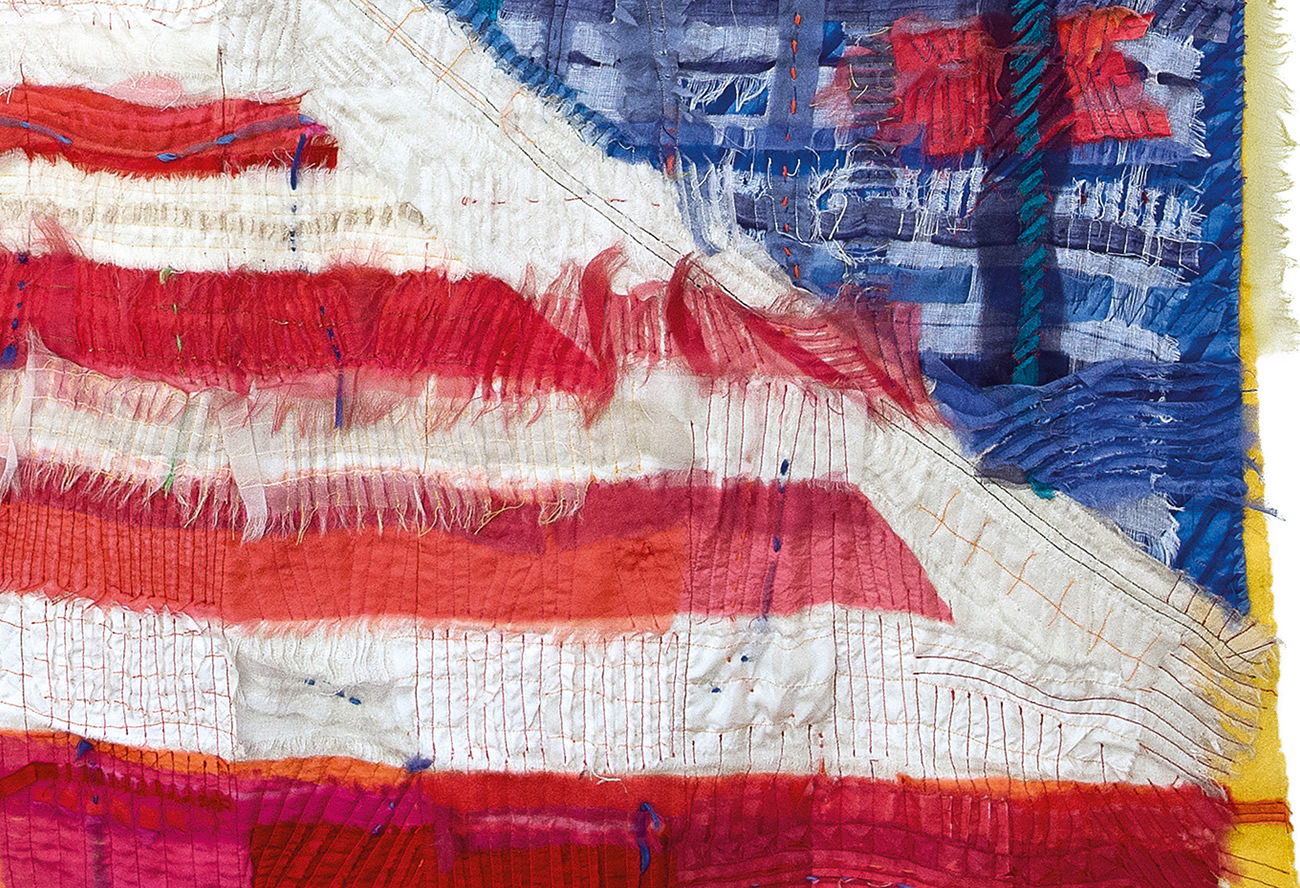 “Brithers be…” (we are brothers) is an amalgam of the American Stars and Stripes and the Scottish Saltire. The idea and its layout came to me one night whilst lying in bed. It was November and I woke to the light of the full moon streaming into my bedroom. The dream I had just had somehow fused with the vision I woke to and everything just clicked into place. Not an epiphany, perhaps, but a serious moment of creative synthesis.

The work is heavily embroidered, multilayered, hand-dyed, and the surface has ripples in it, just like a flag. The red strips and the blue strips, which respectively symbolize the two flags, change from high saturation colours to more faded ones to show the progress of time. I have looked deeply into the symbolic meaning of flags and also studied many actual flags. Each of these proud banners, once created, takes on a life and an identity of its own. Surprisingly, no two flags appeared the same. Some flags were weathered and faded with age but still flew defiant; almost haughty. Several flags, museum pieces, showed the marks and scars of war. Others simply grew tattered over time.

There is something very powerful about a flag that has, so to speak, ventured out into the world, and been marked by the force of nature or the munitions of man. Perhaps, like a person and, indeed, a nation, you do not grow into your true self until you have gone out into the world and felt its power. This is why my flag is as it is. It has, so to speak, lived, as have the nations it represents. It is slightly ragged, slightly jagged. The edges have broken gold and yellow, looking as though the flag has been repaired. It has been, it has seen, but it endures!

Collection of the United States Government, US Consulate, Edinburgh, UK.